The commemorative baby coin set from The Royal Canadian Mint. StrollerDad thinks this is a weird pick, but I was like “WHOSE WEBSITE IS IT?!?”

We received the 2008 set as a baby gift for the firstborn. I’d never seen it before, and it’s remained one of my favourite items from his babyhood. Now that he’s older he likes to look at the coins, then safely tuck them back inside their special envelope.
When the second monster came along in 2012, his birth was a little….hectic so I completely forgot about this. A year later I tried to find the 2012 set but they were no longer available. Not wanting him to have “second child syndrome”, I searched all over Ebay and tada! Found one for not much more than I would have paid through the Mint.

The set features uncirculated coins from each year—$2, 25¢, 10¢, 5¢ and a specially struck $1 piece available only in the gift set.

You can purchase these online or at most Canada Post outlets that sell coins. 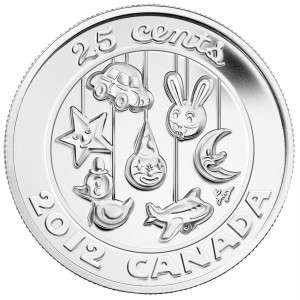 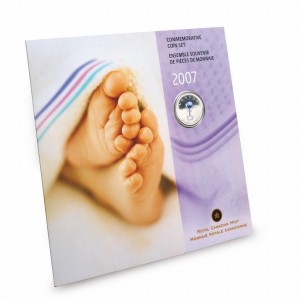 We’d previously driven past this park, hoping to stop and play and take pictures, but it was during the summer when the pool was…