This was probably the 20th time we passed by this park. It used to look like this: 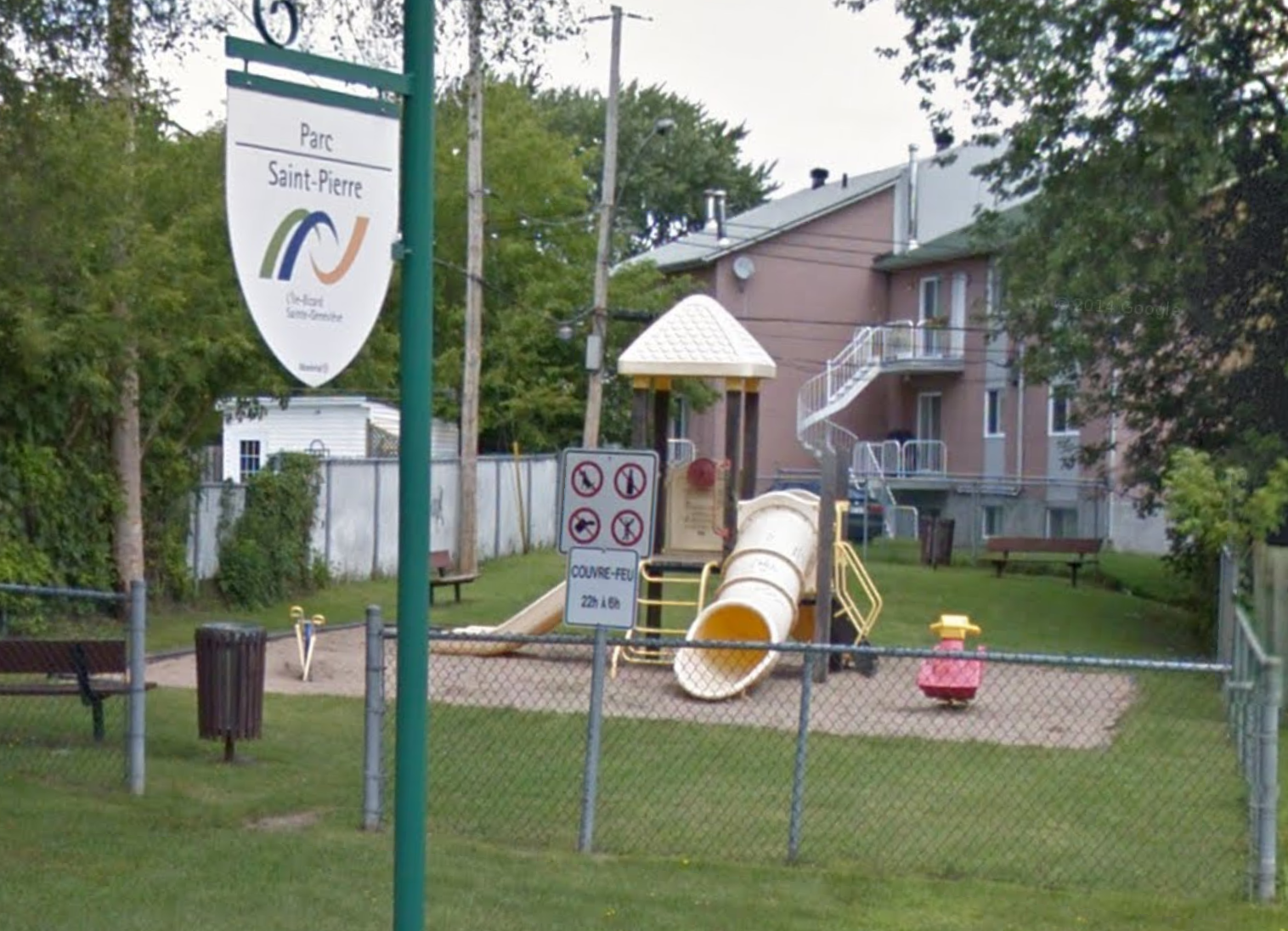 We’d drive by, the kids would peer out the window and go “Nope!”, and we’d continue on to another park. Then I heard that it was going to be completely redone, so I stalked its construction. And just before the snow fell, it was done! We had a short (and chilly) visit, and were greeted by the adorable pirate-themed play structure by Kompan. We’ve only ever seen this particular product line once before (at COFFEE PARK in NDG-CDN) and had loved it. So it was nice to be able to once again “search for treasure!”, “watch out for sharks!”, and “walk the plank!”.

The structure is small, but it’s a small space. What’s nice for little guys are the easy to climb platforms, ground-level ledges and sand tables, double slides, and binoculars (to watch for enemies of course).
Older kids can climb across the rope wall, or try the corkscrew climber.
Parents can hang out in the itty-bitty hammock. If they’re allowed.

There’s not much else here besides a bench and a little strip of grass, but for such a tiny playground, it’s a really great, compact play structure.

The park is fully fenced but with an open gate, and is fairly close to a busy street.
It’s also not where Google Maps says, but rather it’s right on Rue Saint-Pierre, directly across the street to the entrance of Rue Saint-Hyacinthe (which is also where we parked).

This is one of the prettiest splash pads around! It’s fairly new, beautifully landscaped and this “treasure island” is designed with a moat, bridge,…