Set at the end of a quiet dead-end street, this small park must have been redone just after we saw it in 2016.
Here’s the before: 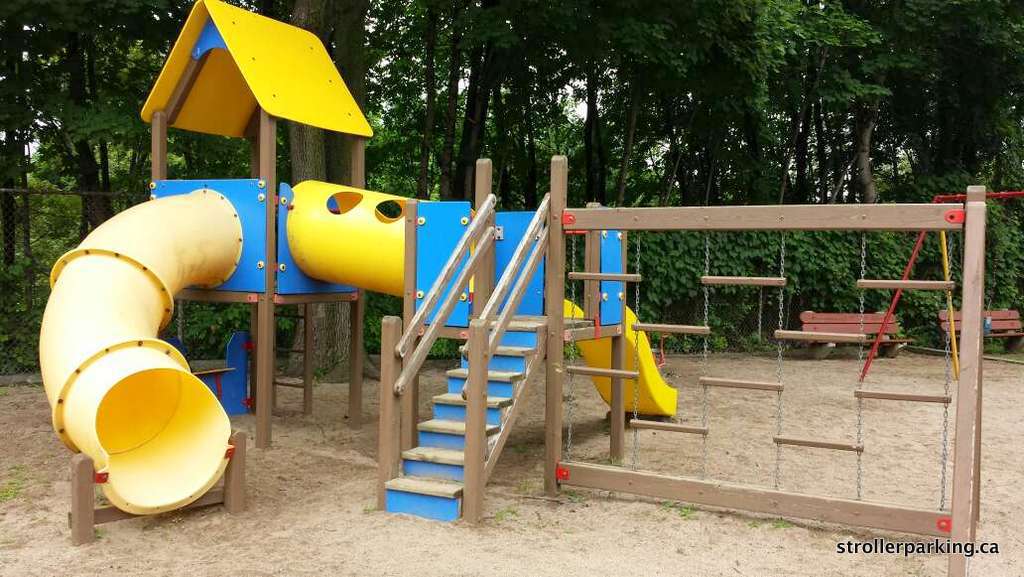 Since we were nearby, I thought “Mayyyyyybe we should just see if it’s been redone since we last saw it.”
And it was!

Things to note:
-There’s no fencing and it’s just steps from the road, so you’ll want to be careful with little people.
-The playground is all on wood chips.

We explored this area back in the Fall of 2014 and returned in 2015. After parking on Boulevard Poirier near the Bassin de la Brunante…