Back to where things started…
I met my now-husband when he was living on Claremont, and consequently ended up spending quite a bit of time in Westmount, before dragging him out to the wilds of the West Island.  Back then we weren’t so into parks (or children!), so never visited this one just north of Sherbrooke Street.

My littlest and I first came here back in 2017, when he was just itty-bitty and super in love with the cool cable climber. Luckily, after some renovations, this part is still here. Phew!  Just reopened in June 2021, there’s a shiny all-new section on the opposite side of the park. And, it’s wheelchair-accessible. I’m pretty impressed that they were able to put in a great structure in what is a pretty small space. There’s a ramp up to a great glider where kids can sit, or stand on the outside ledges and help rock it back and forth, a couple of slides, a neat crawl tunnel and cozy pod, steering wheel and finger mazes, and some abnormally tall monkey bars. Now, I’m 5’9″, which isn’t exactly short and I could *just* reach them. My 13-year old couldn’t at all, and the 8-year old tried mighty hard before having to stand on his poor father’s back. (It would be great if there were one of the green “pods” at the start/finish so kids can reach.)
There’s also a tiny sandbox and a stand or sit arm peddler. 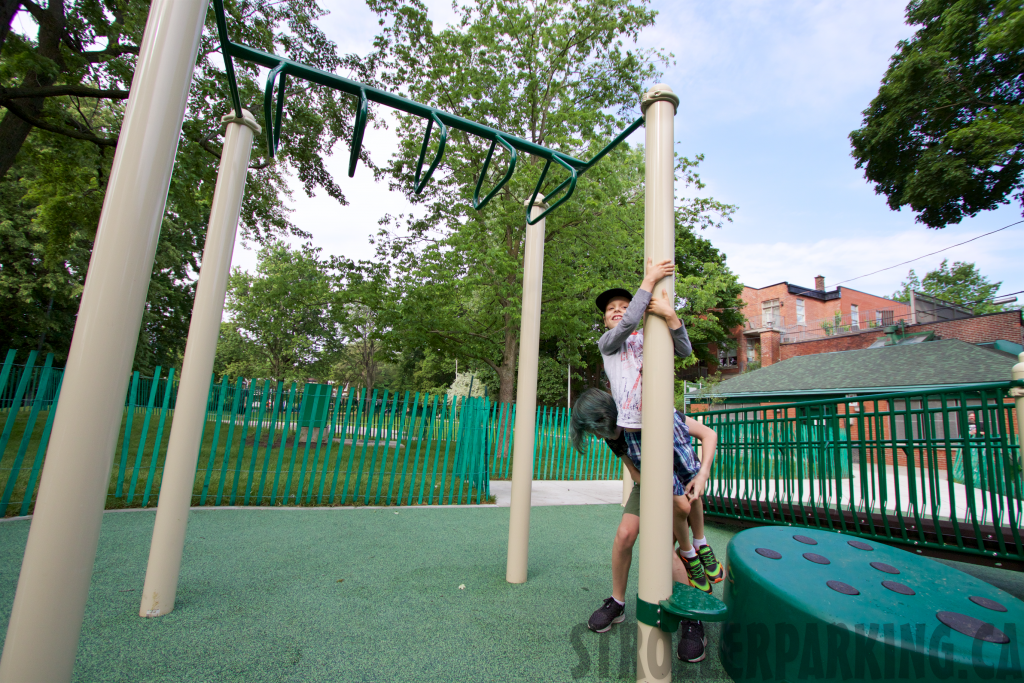 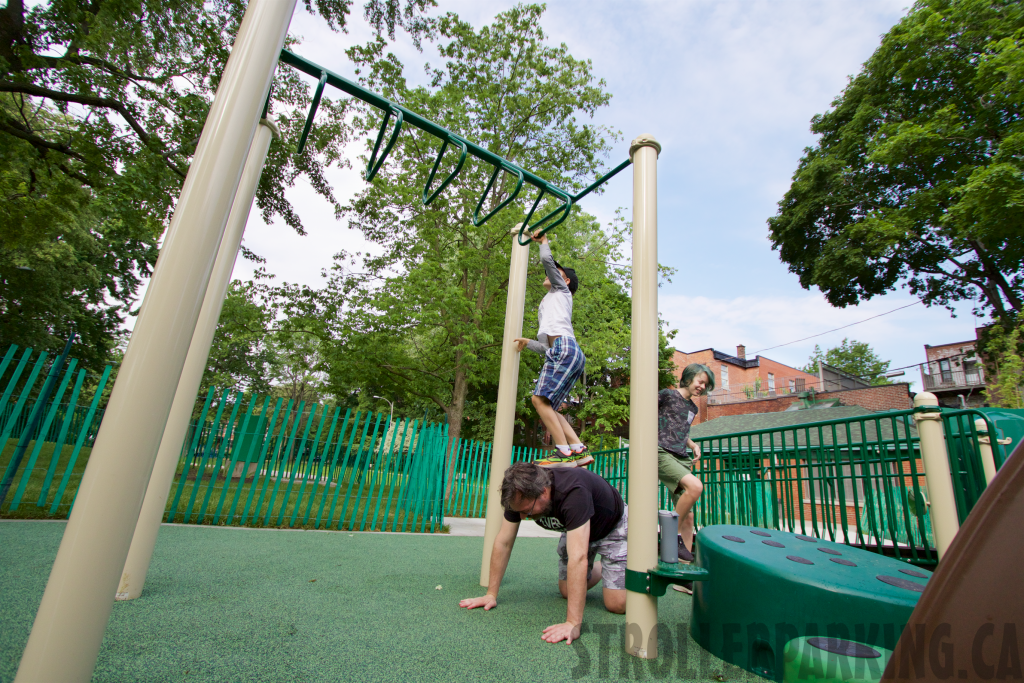 Nearby are swings that are just a couple of years old. You’ll find baby swings, an adapative swing, and a parent-baby tandem swing. This section is on wood chips and there’s a cutout in the raised perimeter for mobility devices.

Don’t miss the small, unobtrusive splash pad by Vortex. If you’re looking for spinning flowers and dumping buckets, you won’t find them here. Instead, there are medium-tall jets, a neat angled sprayer, and to the toddler’s delight (you can hear him in the video), some super cute “bubblers”.

It was a pretty cloudy day when we visited, so it’s hard to tell how much shade is over the play areas, but there are large trees throughout the park, where you can escape if need be. There’s also a central greenspace and a new baskteball net, though the actual basketball area is teensy.

Things to Note:
-The park doesn’t show up on Google Maps, but it’s located between Avenues Claremont and Prince Albert, and just south of Windsor.
-There’s street parking available all over, it’s just tricky to find a (legal) spot. We parked about a block away.
-I’ve asked Westmount about the splash pad hours, will update if they answer! There’s zero info on their website. But we were there about 10:30am on a weekday morning and the water was ON. The button to turn on the water sequence is on the ground.
-The fencing surrounding the playground is only temporary because of the sod. There is no permanent fencing.
-The chalet was OPEN and is generally open from 8am-10pm. The bathroom was nice and clean.

Here’s the splash pad video from 2017. You can see the old wooden play structure in the background.

When nature dumps a foot of snow down in a day, it’s time to go swimming! Inside.   We checked the holiday hours for…